Inspired by Humans of New York, ‘Humans of JQY’ is a photography project that aims to share the stories, thoughts, fears, hopes, and dreams of JQY members from all different backgrounds. This project started in June 2016 after the mass shooting at Pulse in Orlando, where 49 people were killed at a gay night club. Following this tragedy, many JQY members expressed extreme isolation and fear – feeling even more alone than ever because they could not share their fear and sadness with those closest to them. Through ‘Humans of JQY,’ closeted and out members of JQY alike were able to share their stories at a memorial in the JQY Drop-in Center. Though we cannot all show our faces to the world, we are not alone when we stand together.

Humans of JQY is a collaboration with Abbie Sophia Photography. 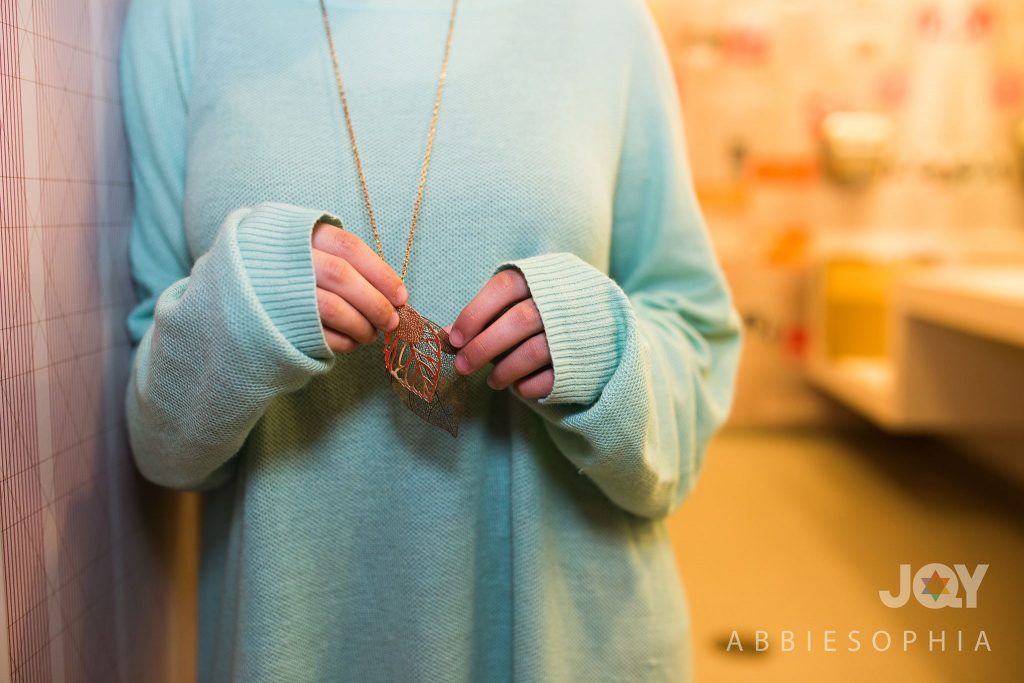 “JQY has shown me that you don’t have to choose between being gay and Jewish. You can be both and it’s not mutually exclusive. Everyone I meet here is extremely thoughtful. Since they’ve been in my shoes, they know and understand what it’s like. We check in on each other. It’s really like a family.” 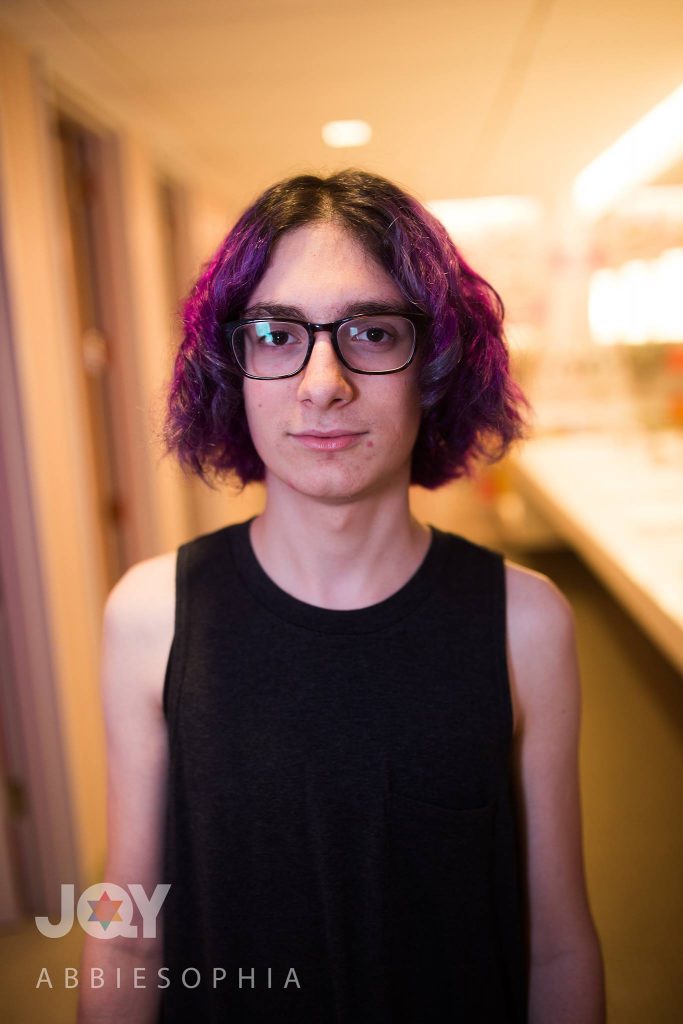 “For so many of my trans sisters, the bathroom is a place of fear and danger. After all the hate, violence and discrimination that has happened in the past few months, from France to North Carolina to Orlando, it makes me so proud to stand here [in the JQY drop-in center], without fear, Jewish, trans and queer.” 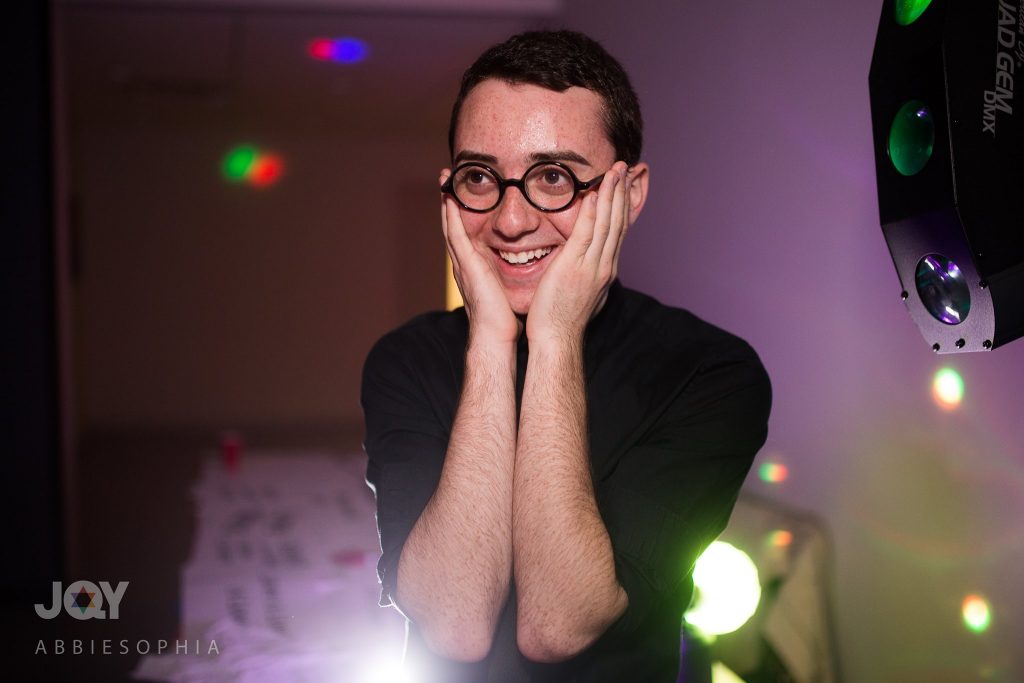 “When the news [of the shooting in Orlando] first broke out, I did not have the right words to say, so I did not say anything at all. This omission of word became the beginning of my silence. If you know me, you would know that when the world tells me to be silent, I will go to the nearest rooftop and yell at the top of my lungs. My silence only let my enemies win. It’s time for me to break that silence.” 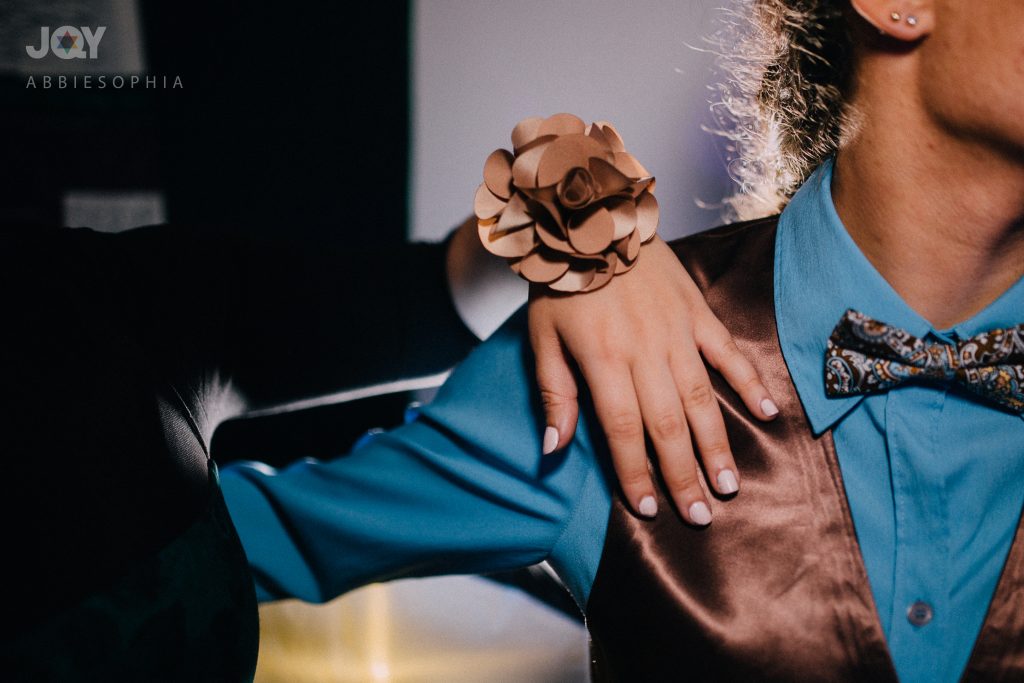 “I didn’t even realize how struck I was by the Pulse tragedy until I saw how unaffected people around me were. I felt a tremendous urge to be around people who could understand partially my rage, but mostly my fear. This [JQY memorial event] means the world to me.” 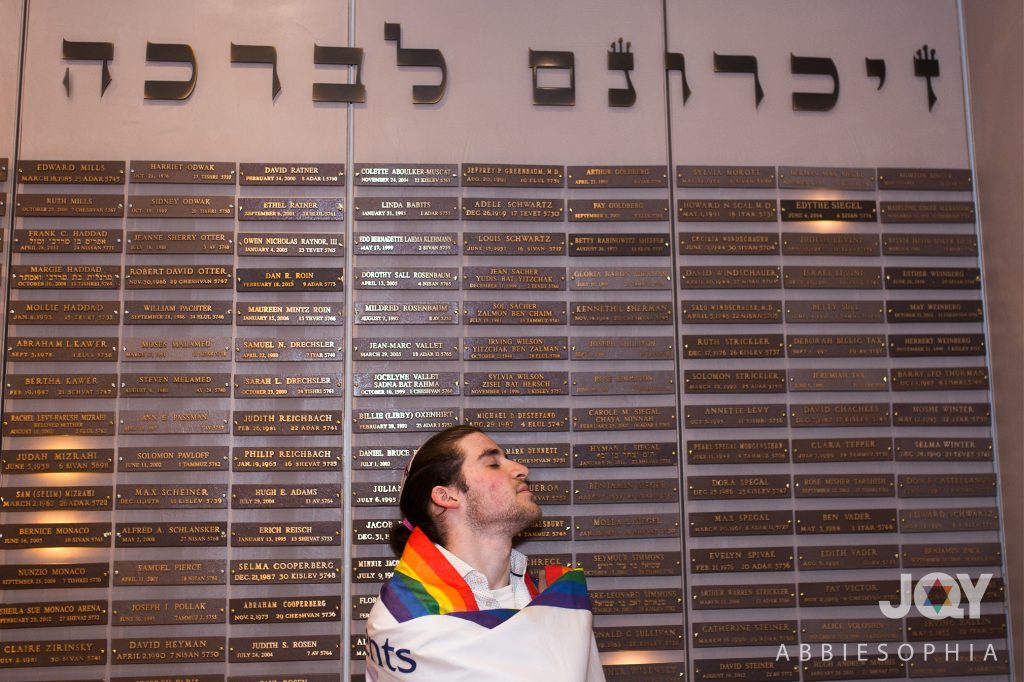 “On the one hand we’re in the wake of Orlando. On the other, I’m volunteering and helping to empower these LGBTQ teens in a revolutionary space where they can feel safe, loved and supported. I’m standing smack in between the past and the future, feeling them both very tangibly, very wholesomely. I guess I feel very present.” 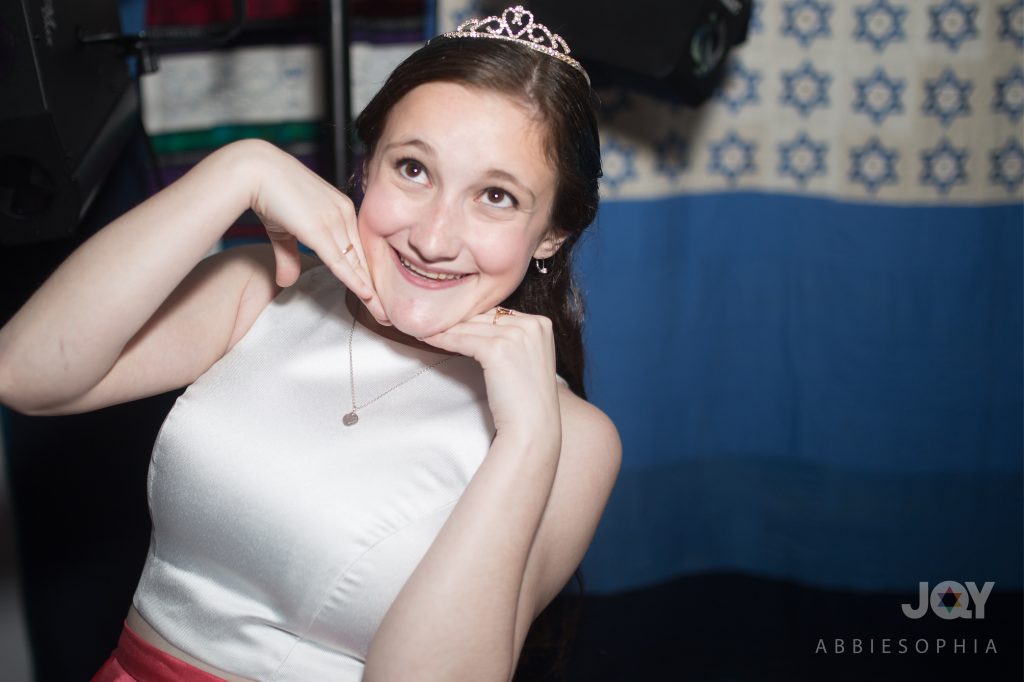 “When people realize that the hate on our community is real, they suddenly become more open to acceptance. But acceptance shouldn’t come from hatred or tragedy, it should be from love. I want people to know that.” 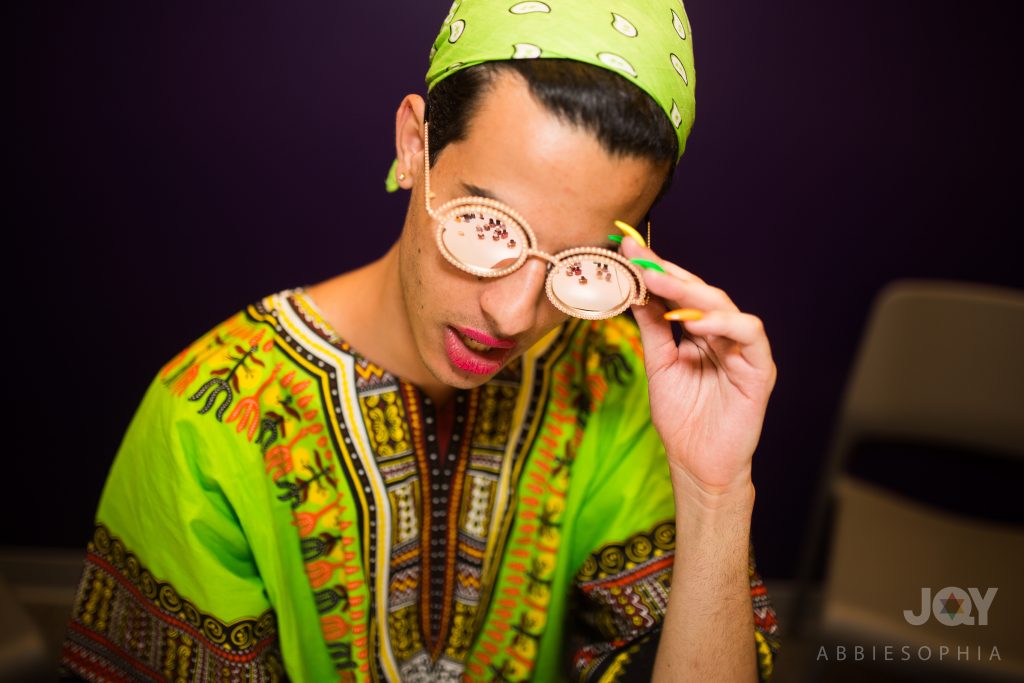 “My expression makes me free. For a long time, I feared expressing myself. Today, who I am doesn’t limit me.” 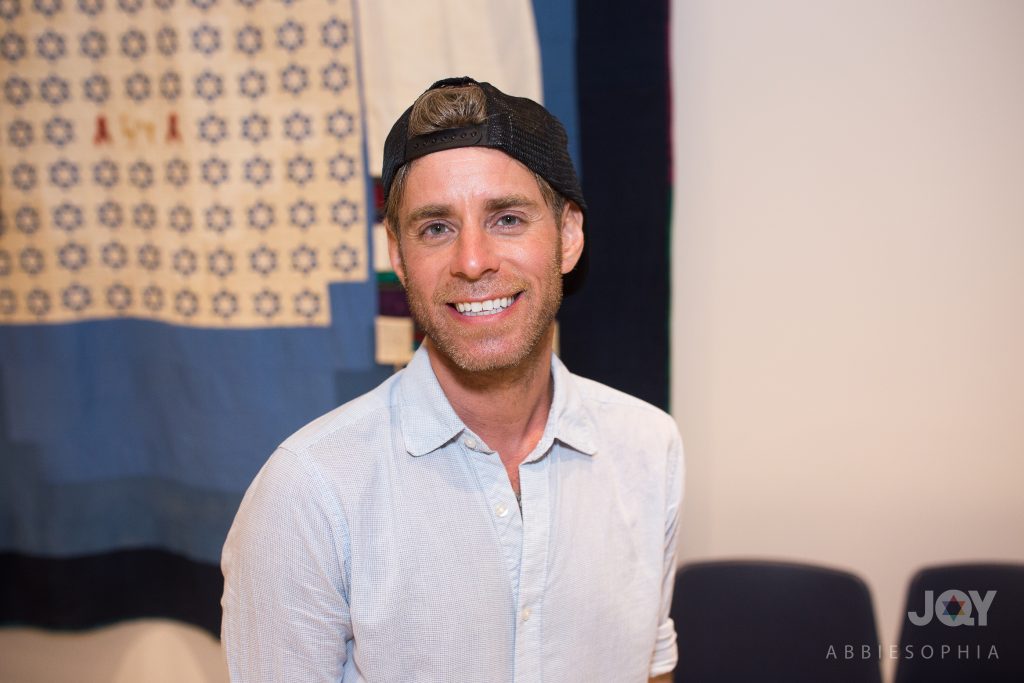 “When I met other LGBTQ Jews from Orthodox households for the first time, something instantly clicked. Suddenly, it became clear that there was no reason to have to navigate our lives alone. After just one informal coffee meeting with less than 10 of us, it became undeniable that we needed each other. We were an “us”. We were more than a group of friends, we were JQY; a community with potential, with strength, with something to give, with a future. Together we could make life better for each other and for the next generation of LGBTQ at-risk Jewish youth.” 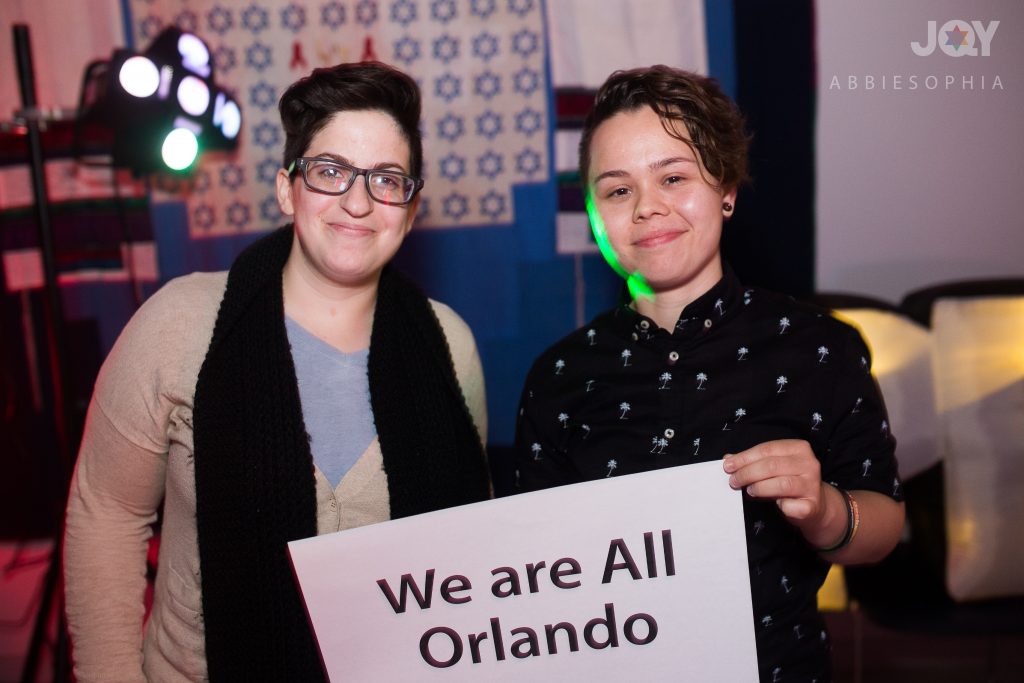 “What I’ve realized in the times I’ve attended JQY events is that no matter what our background is we are all having similar feelings. Many of us have suffered or are suffering because of rejection, family hypocrisy, homophobia, transphobia, homelessness, addiction, depression, etc. Many of these being easily preventable if there was proper education and exposure. I was fortunate enough to initially experience being queer in the secular world, where I found support in local LGBTQ programs. My family eventually caught up, but these were the safe places during those dark hours. If we do not fund programs such as JQY the Jewish community and the LGBTQ community loses strength. We need to unite as Jews, as LGBTQ folk, and especially as fellow human beings.” 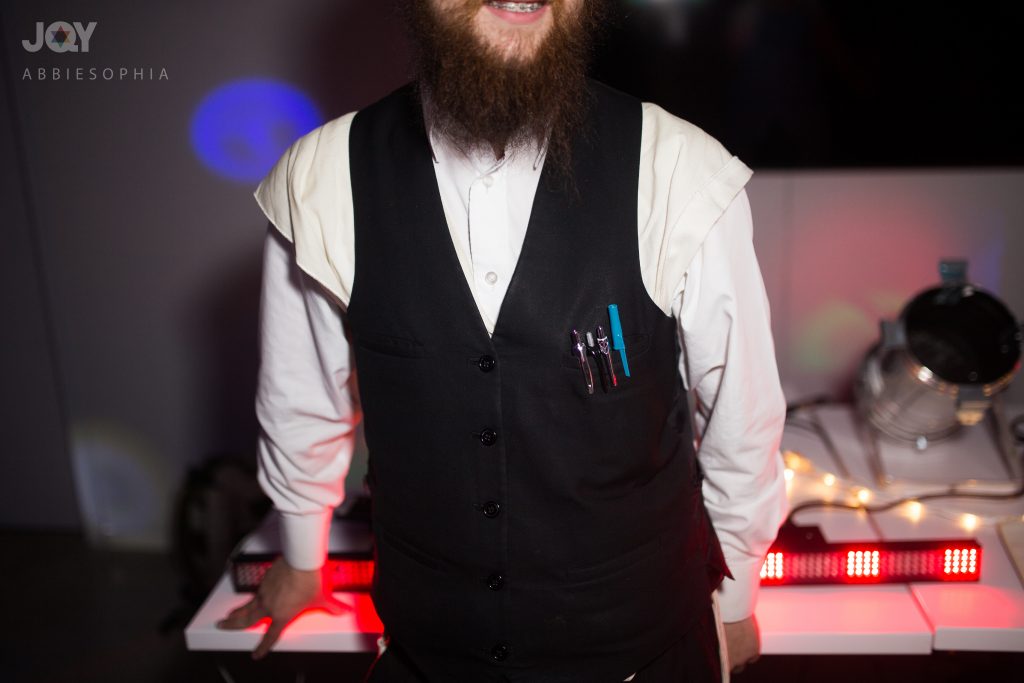 “As someone who’s 19 and coming from Boro Park, the Drop-in Center is a space where I can connect with other LGBT teens who come from similar backgrounds and just spend time together. It gives me a space to just talk freely about sexuality and discuss different concerns. It gives me a space where I can talk to a social worker if need be. Overall it is one of the highlights of my week and it’s something that I can’t really experience or participate in within my own community. I’m very happy that something like it exists.” 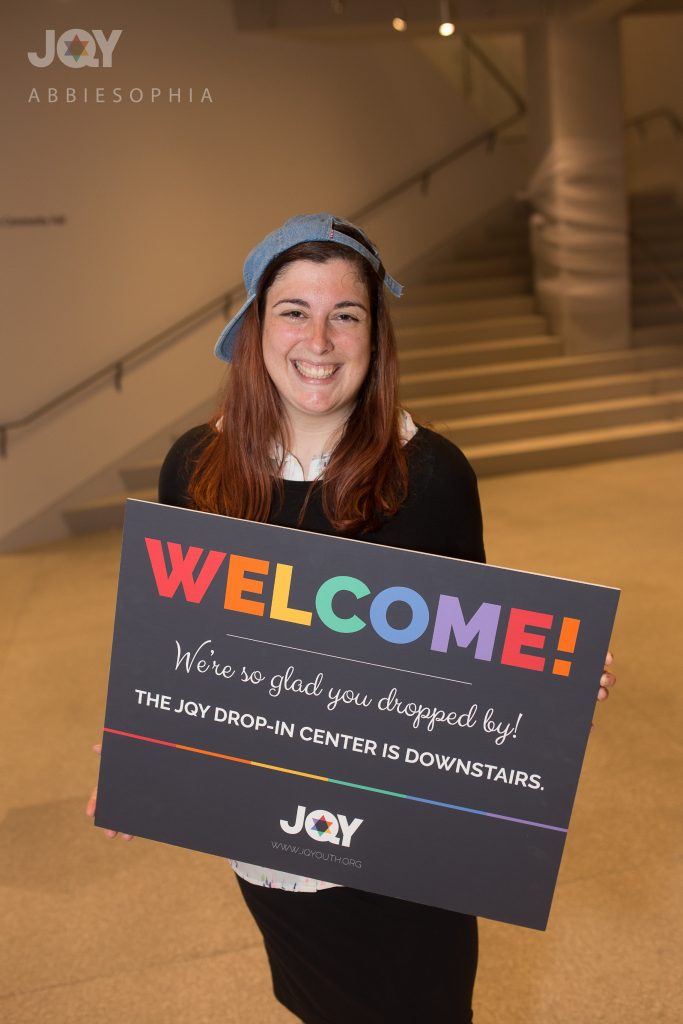 “The JQY drop-in center is a resource I wish I had available to me when I was younger. For so long, I thought I was the only one in the world like me. Today, I am proud of who I am. For me, “pride” means that I do not live my life in secret anymore – I am not afraid of being who I am. And though there are some days where that fear creeps back in, I choose to rise above it and my live life as my whole self anyway. I choose to smile. I choose to stand tall. I choose to one day raise a family around a beautiful Shabbos table that I will build. I choose to laugh. I choose love.
While I can’t go back in time, I can work to make the future better. I want today’s Jewish youth to know that they are genuinely not alone. And that they too can be proud of who they are. ALL of who they are.” 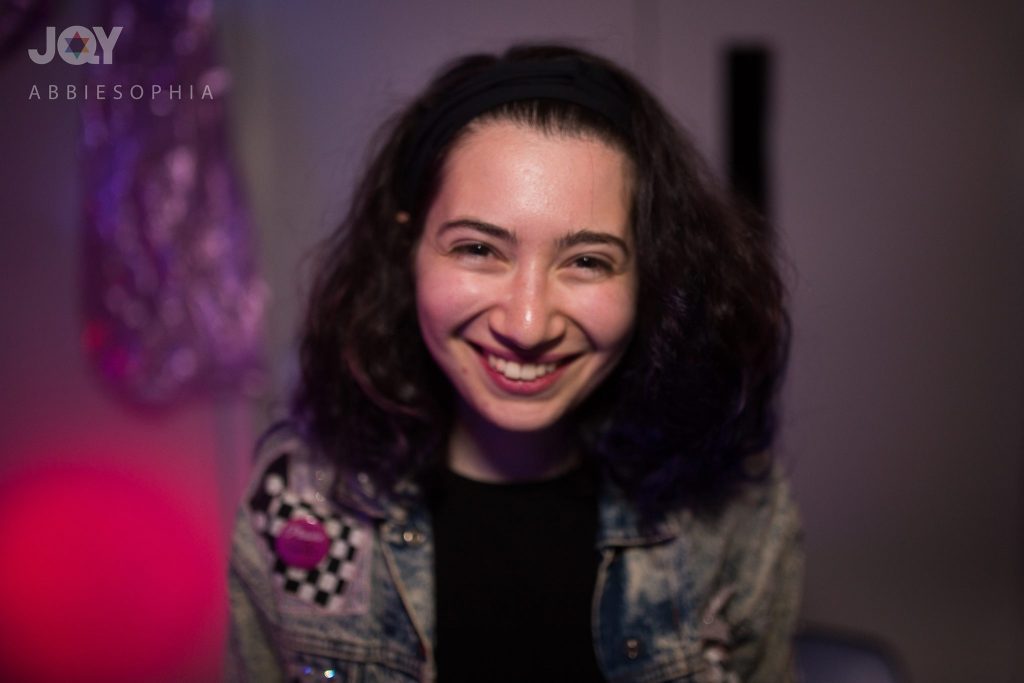 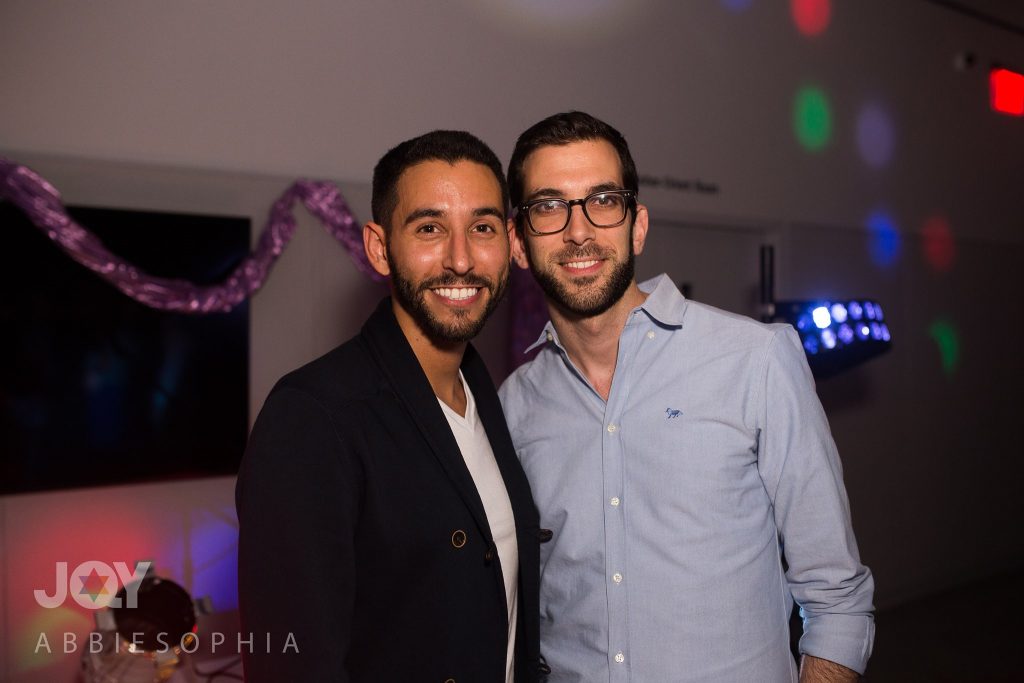 “We’ve been best friends since high school. I wish we were out to each other then.” 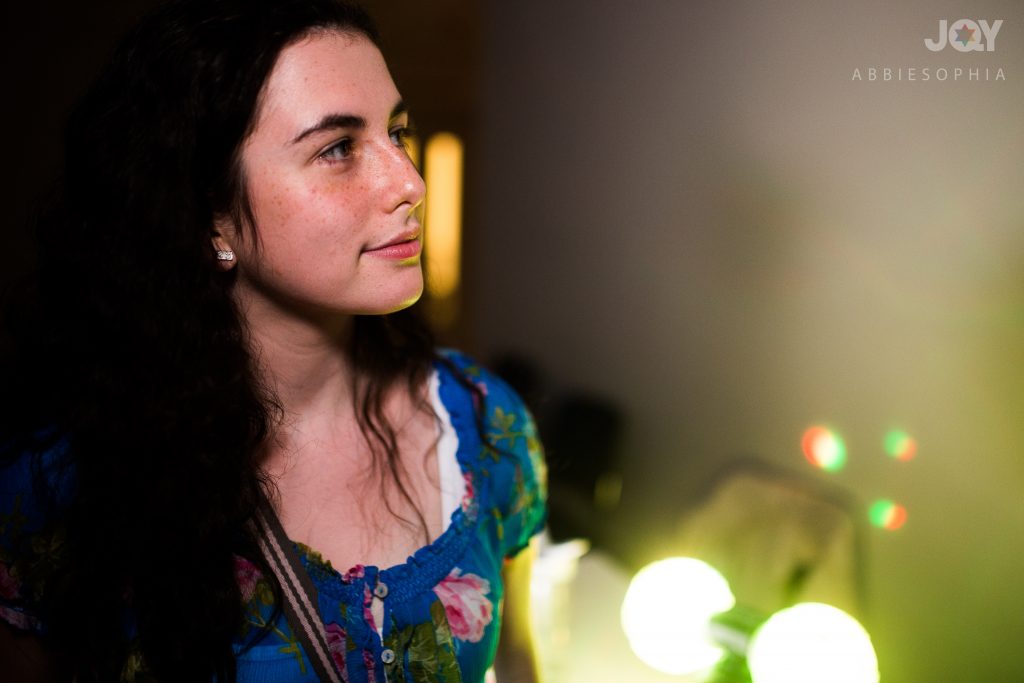 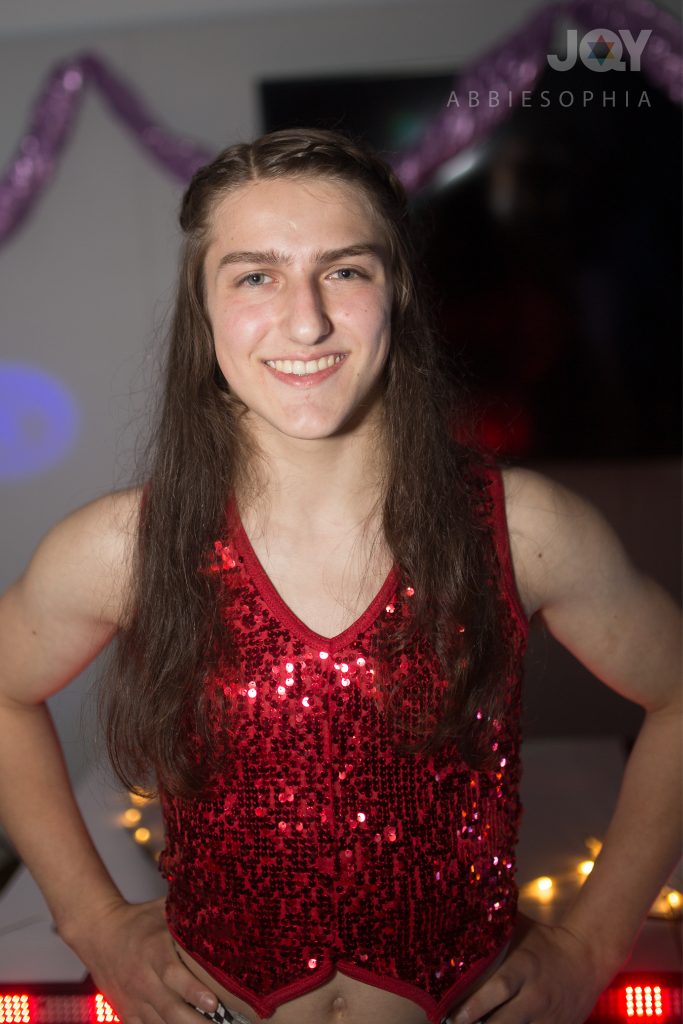 “The JQY [drop-in center] is so important because I feel safe to be my entire authentic self without being scared of judgment or criticism. JQY created a safe space that is invaluable that most don’t have anywhere else.” 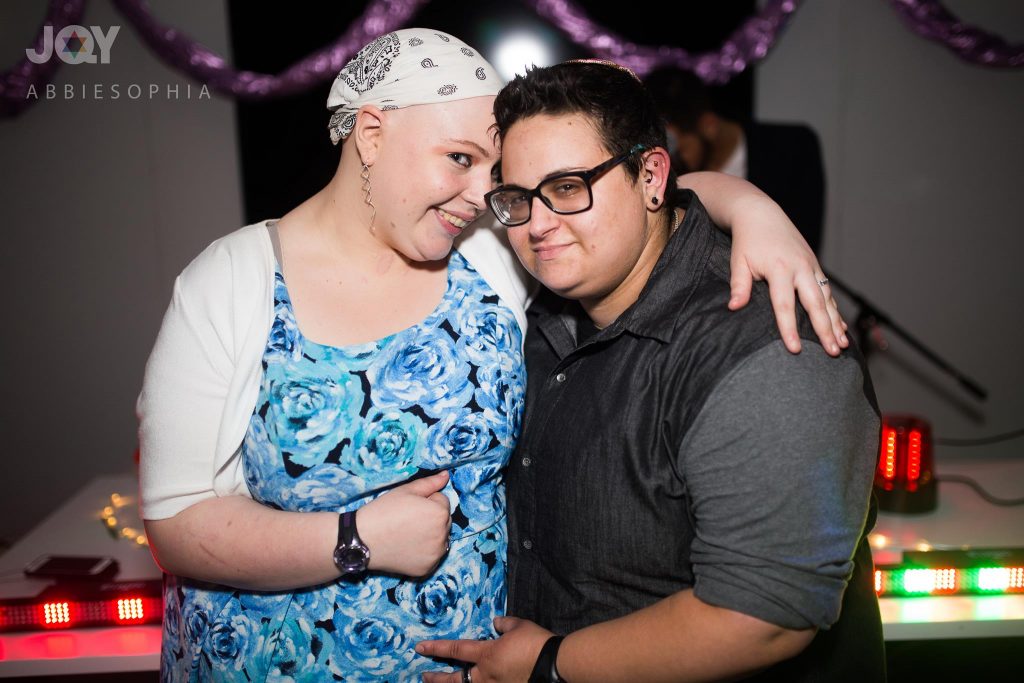 “We met initially because our moms went to Yeshiva together 50 years ago, and then we ended up going to yeshiva together. We want the world to know that Jewish queer forever does exist.” 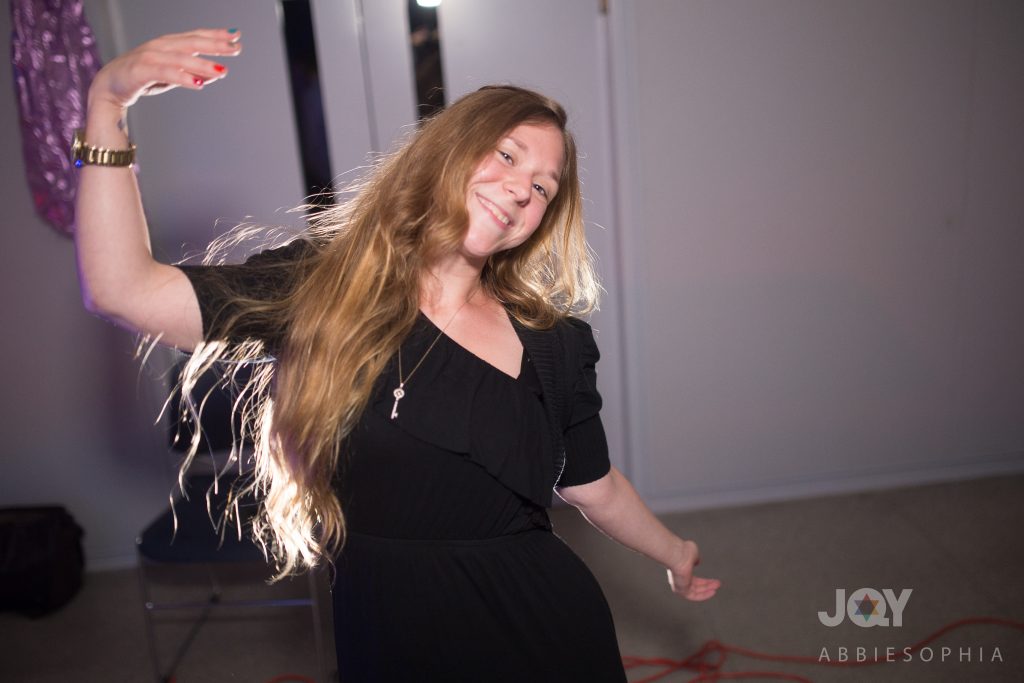 “Where I grew up, dancing felt prohibited. Yes, a joyous occasion found community members linking hands in a circle and moving. Perhaps an inspired soul would throw in some extra steps.
The true flow, the grace of self-expressive motion, uh uh, practicing that freedom would bring some frowns. Sure, individuality was encouraged, just as long as it landed within the gray spectrum between black and white. Living within the monochrome life just didn’t cut it for me.
You see, I had been born to dance down New Orleans’ Bourbon Street, alongside my girlfriend.
So now I dance in multicolor; fuchsia, teal, gold, lime, and tangerine embrace me as my tutu flies. Black is reserved for mourning periods, as even those transform into celebrations of life. Ask how one has the courage to jump the spectrum ends, to fly from gray into the multicolor.
I’ll tell you it’s with support.
The knowledge that there will be others waiting within the rainbow to fuel the journey. Here is where the wings are, hidden in the authentic connection with another.
Thank you JQY for being a place where wings can sprout, flourish, and Fly.” 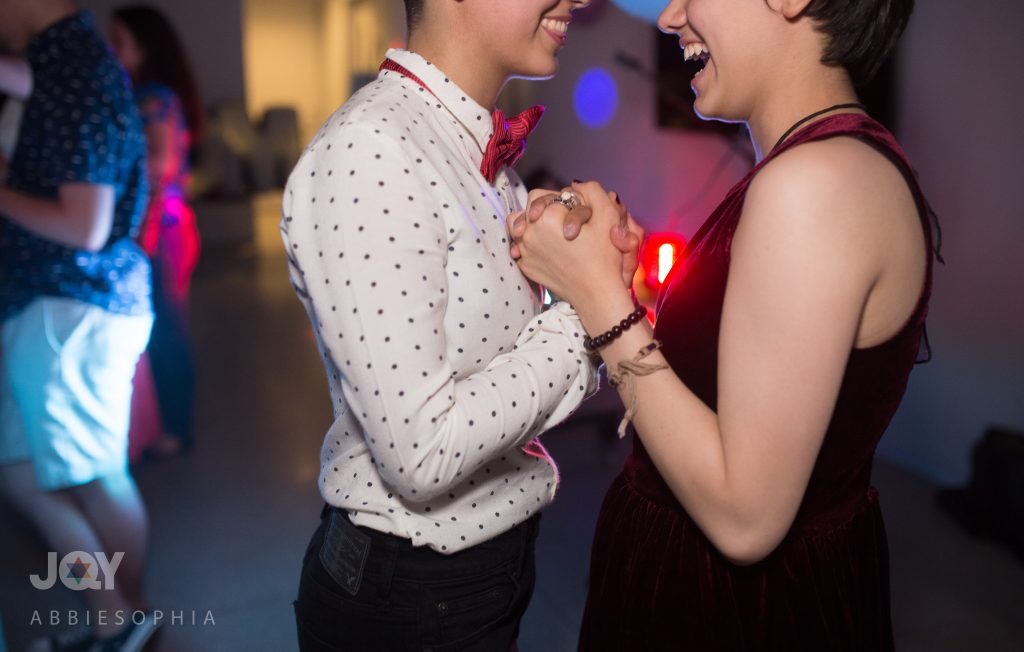 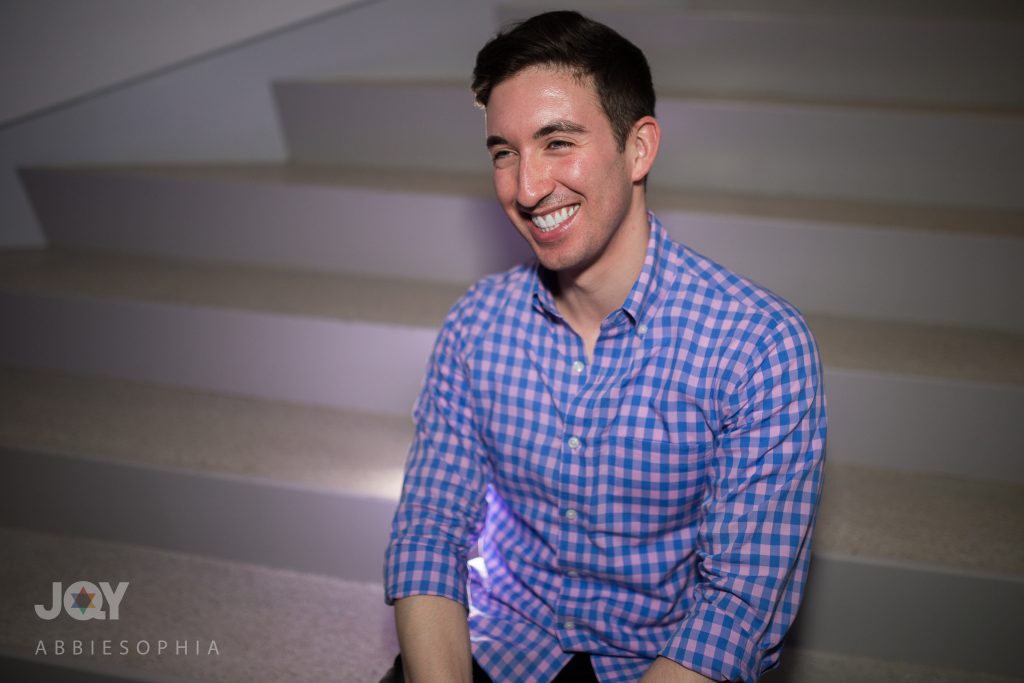 “The JQY Drop-in Center is a place where teenagers and young adults can walk in and find themselves accepted, cared for, guided, and mentored. It is a place to meet friends. A place to seek guidance from mental health professionals for the burden that one can feel from being both LGBTQ and Jewish. It is a place that I wish I had available to me when I was a teen, growing up without a role model for what it meant to be a gay Jew.
Working with JQY and the Drop-In Center has brought with it an incredible feeling of pride and an appreciation for allies (of the LGBTQ community) within the Jewish Community. It is overwhelming to meet a teen or young adult who has come out to acceptance and unconditional love from their family, friends, teachers, and community. But for every person who falls into that category, there are two teens who have been met with barriers, hate, and abandonment. JQY is an essential resource.
There is so much work to be done to ensure the acceptance, safety, and wellbeing of our LGBTQ youth. Knowing that there are places like the JQY Drop-In Center – that works in tandem with allies, synagogues, schools, and institutions that are supportive – is unbelievable.”